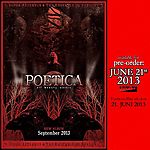 Sopor Aeternus - Children of the Corn 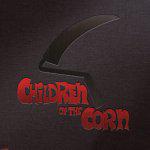 Sopor Aeternus - Have You Seen This Ghost? 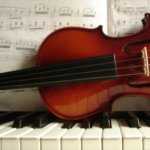 Sopor Aeternus - The Goat... And Other Re-Animated Bodies

Sopor Aeternus and the Ensemble of Shadows 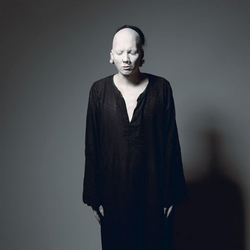 Sopor Aeternus & The Ensemble of Shadows is a band consisting solely of Anna-Varney Cantodea. Not much is known about Anna-Varney, save for the tortured life she lived which led to the band's existence.[citation needed] She has said in several interviews that she spent nearly three decades in extreme states of depression, despair and loneliness, all of which resulted in her discovery of the "Ensemble Of Shadows", otherworldly presences and/or voices who stirred her musical senses and guided her to share the works in her head with the public. She does not speak much on the subject of the Ensemble, nor does she perform live "in front of humans". Anna-Varney does have a sense of humour however, such as admitting she loves Darth Vader and changing the Fruit of the Loom logo to "Fruit of the Tomb", which incorporates her face into the design.

The music itself is quite emotional and dreary, using a variety of brass, woodwinds (in particular, flutes), string quartets and various guitars. In some instances, synthesizers and drum machines or real percussion is used. Anna-Varney has clearly stated that she creates her music about herself, solely for herself. Various themes include death, suicide, karmatic pain, loneliness and sadness. A very important concept is the idea of becoming or being a woman, or at least removal of the male genitalia in favour of attaining the female variant (in later album artwork, Anna-Varney is usually shown nude with a vagina which has been edited in by computer rather than having her body surgically altered due to spiritual conflicts; in either case, Anna-Varney is now referred to by the pronoun "she" instead of "he".) There are also several musical themes that reappear in her works; the most notable example is the song "Birth - Fiendish Figuration" which has appeared in at least four forms on separate releases. Other songs contain similar melodic lines or lyrics from an earlier release.

On December 18, Sopor Aeternus announced that they had finished recording yet another studio album. Release is set for April 13 2007. The album is titled "Les Fleurs du mal" (The Flowers of Evil), as seen in the album teaser downloadable from the official website.